Astrologica: the final line up 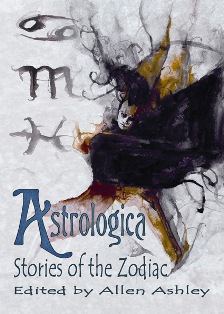 Editor Allen Ashley has now fixed the final line up for the forthcoming Alchemy Press anthology Astrologica: Stories of the Zodiac. Allen says: “That’s it! I have made my final three acceptances and the book is now full. The last trio to announce are ‘Broken Horn’ by Doug Blakeslee for Capricorn; ‘The Third Face of Virgo’ by Adam Craig for Virgo; and ‘Deep Draw’ by Neil Williamson for Aquarius.

Doug Blakeslee lives in Portland, Oregon. His interest in books started early thanks to his mom and hasn't stopped since. A heavy fan of SF and fantasy, it came as a pleasant surprise that his first sale was the suspense short story ‘Madame’ to the anthology Uncommon Assassins. He recently started a blog, The Simms Project, where he talks about writing and other related topics. He can be reached via the blog or Facebook.

Adam Craig lives in the hinterlands of Staffordshire. Although he’s been writing for an embarrassingly long period of time, on and off, Adam has never had any fiction published until this year. Adam says that he’s quite staggered to find one of his stories in such distinguished company.

Neil Williamson will be familiar to many in the BFS. His fiction has been published in a variety of magazines and anthologies, including Allen Ashley's The Elastic Book Of Numbers. Neil's short story collection, The Ephemera, is still available from Infinity Plus Books, and his first novel, The Moon King, will be published in 2014. Neil is a veteran of the literary fight club known as the Glasgow Science Fiction Writers Circle. For more information visit his website."

So, without further ado, here is the full running order for Astrologica: