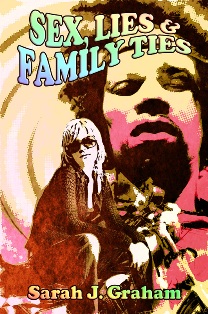 By 1970, nineteen-year-old Carol has begun to finally make sense of her life. She rides a motorbike, drinks cider and has smoked her first joint, and experienced danger - and on the day that Jim dies, Carol Hopcraft dances a jig in Mrs. Hamilton's hallway. When she learns of Jim's death, all the pain of the past floods back to haunt her.

Her friend Jacqueline, whom she has relied on for so long, now has life-changing issues as she comes to terms with her own sexuality. Mad Frankie offers her the use of his van for the great rescue, his friendship and more. Meanwhile, Carol has to face up to the emotions bubbling back home, the constant jabbing and feinting between the teenager and her mother that has far more sinister roots than her friends imagine.

And another Jim's death - that of Jimi Hendrix - hangs over her like a dark cloud.

Running along with this is a series of cameos from Carol's past, from the days of innocence through to the time she lost her childhood and learned to grow up fast. Despite its dark subject matter this is also a story tinged with the wry humour of a young woman taking control of her own destiny.